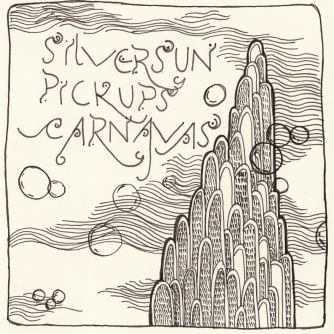 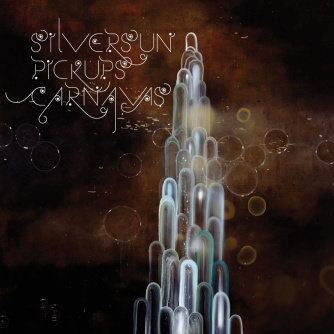 When you look back on your previous music tastes, it’s sometimes comes as a surprise to remember the styles you used to like. However, even when your favourite genre changes though, every so often you hear a song that you knew you would have loved a year, or maybe even five years ago. This was my reaction when listening to Silversun Pickup’s – Carnavas.

Silversun Pickups are an alt rock band out of LA that formed way back in 2002 and thirteen years later, they are still churning out music! With their newest album “Better Nature” coming out at the end of this month (and the fact I’ve recently been digging their newest single Nightlight) I thought I’d take a look back at the band’s debut record: Carnavas.

Over the years, Silversun Pickups’ music has definitely evolved; their sound more mature, defined and not nearly as angst-y (on previous angst levels, think early My Chemical Romance). Carnavas has a number of songs that are catchy, but are hardly emotional “pickups”, so let’s jump in and have a look at a couple of key songs from the album:

Probably my second favourite song from the album, “Little Lover’s So Polite” has one of the best underlying sounds: the buzzing of an electric guitar. Like many so many of their other songs, the lyrics here are pretty ambiguous and can easily take different meanings. Is it about sex, is it about a relationship not working out? I think that’s some of the beauty here, as just like any art form, the interpretation of the meaning is up to the audience.

Those who have played Guitar Hero – World Tour may recognise this one. The repeating bass guitar riffs throughout this song is extremely catchy, making it probably the most memorable song from the album. Whilst not an upbeat song, you can’t but help hum the tune for hours either. The lyrics add the diversity to this song so it doesn’t become too repetitive, however the guitar and drum build ups are the real winner here.

The last song on the album, and while it isn’t particularly memorable, it’s by no means a bad song. Yet again though, the strongest element at play is the lead guitar and I feel that the lyrics do inhibit from it reaching its maximum potential. I could listen to the droning sounds of the guitar solo in this song all day (similar to the rousing sounds of Sleep Makes Waves); however all that building energy fades away once the singing starts up again, which is slightly disappointing.

Overall, Carnavas isn’t the most refined and enjoyable album from Silversun Pickups, however without it, their career may never have full blossomed to where it is today. Personally, I find it to be too repetitive in musical style, which left me not being able to remember which particular songs I had liked the most. Had I listened to this album a few years ago when I was craving something grungier, but not particularly hardcore, this definitely would have filled the void. However, today, the album seems like it’s trying too hard to say “look at me, I have problems and that makes me interesting”, but that’s not to say someone out there won’t still enjoy it.