PC, PS4, Xbox One, all great consoles, but with one draw back: their reliance on staring at a monitor! So what do you do when you’ve been staring at a screen for hours/days/weeks on end and your eyes feel like they’re about to drop out of your head?

Play a game that doesn’t rely a screen? Definitely! 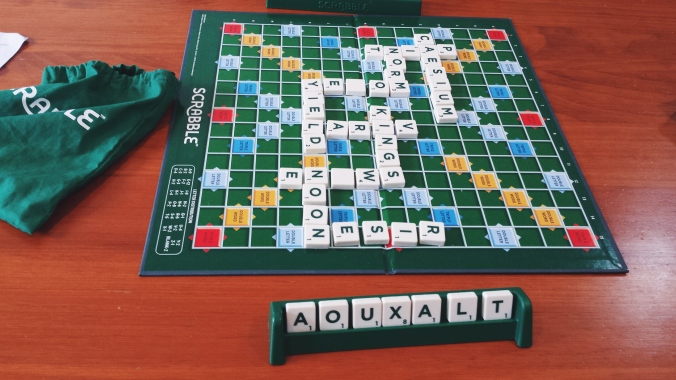 The game where friends become enemies and the only person you can trust is the dictionary. Half the fun of Scrabble is seeing what words you can get away with; the other half is playing a word with a ‘q’ in it on a triple word square… 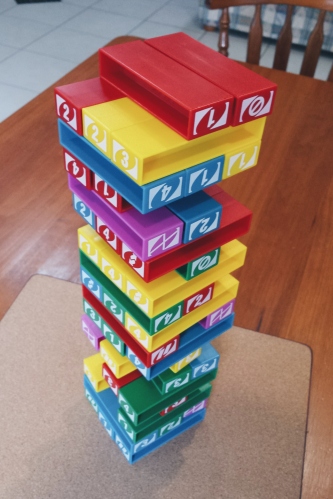 Well, technically Uno Stacko, but it’s just as fun as the original, if not more! Retaining the same mind crushing stress of its predecessor, but with the added ability of someone making you take a specific colour, or worse, “draw two”. Because taking one block a turn wasn’t hard enough already… 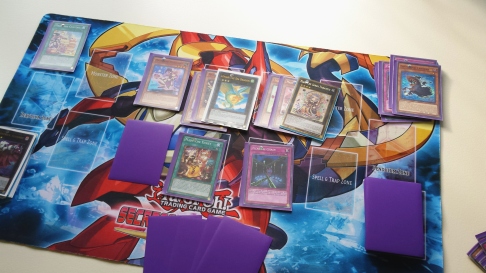 My deck of choice: Madolche-Ghostrick, a.k.a Trick or Treat

Not as easily accessible to new comers as some of the other games on this list, but definitely no less entertaining. A lot of skill can go into building a winning deck, and not all winning decks have to be the top, ridiculously expensive ones either (I run a ‘Madolche’ one, which is equally adorable as it is affordable). Great with friends and a lot of gaming stores usually run weekly tournaments. 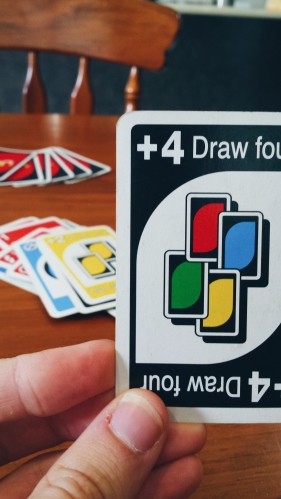 One of the easiest and simplest card games, but will have you playing for hours. The quick pace keeps the game fresh and drives the “one more round” mentality. After Super Smash Bros. this is my girlfriend’s and my go to game; we even have kept a running tally over the past six months to know who has current bragging rights!

Now, I enjoy drawing quite a bit, and I’m not too bad at quick sketching, however, when it comes to Pictionary that all goes out the window! Stick figures, square cars and block houses will be your go to drawing techniques in most cases, which makes for frantic guessing by team mates. I definitely think that Pictionary is game for all drawing skill levels, as it more often comes down to clever clues rather than artistic representations.